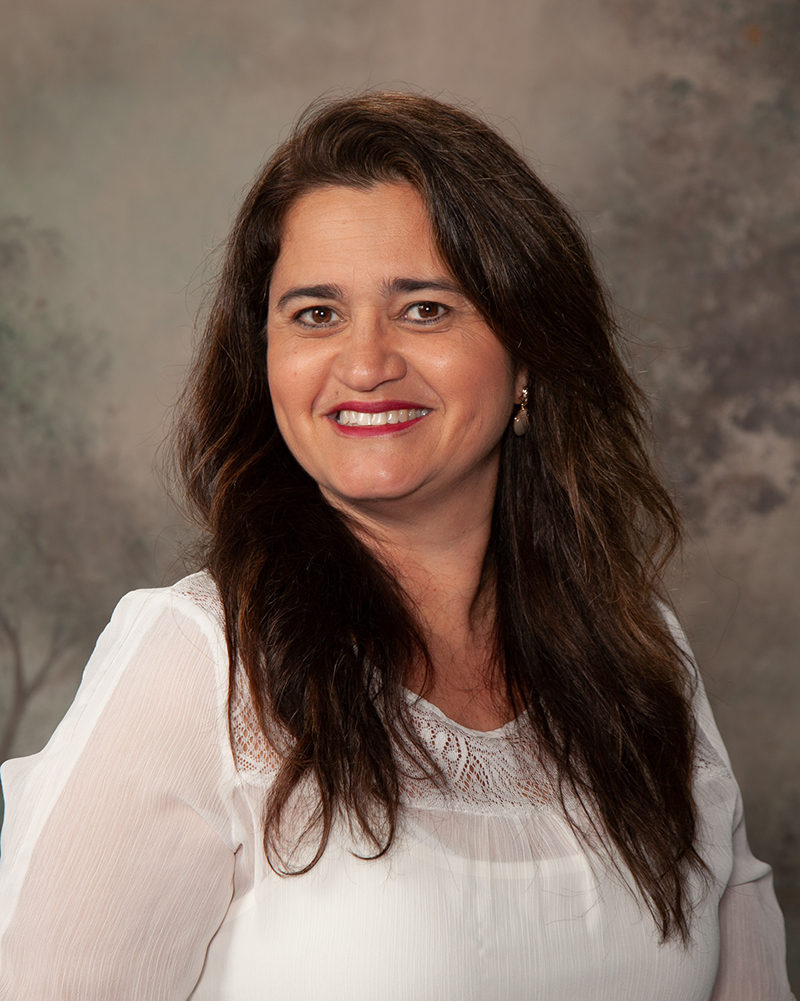 Alessandra Barreto grew up in Brazil where she earned her Bachelor’s degree in Biology in 1994. She worked as a Science Teacher in 4th and 5th grade from 1995 until she moved to Chicago in 1999. She’s been working with younger children, in the U.S., since 2000. She received her Paraprofessional Certificate from Seton Montessori Institute in 2011. For the past nine years her teaching experience was working with toddlers in a Montessori environment. She is a proud mother of two girls and her passion is her family and friendships. Ms Alessandra also speaks Spanish and Portuguese fluently.

She joined the CDBM family in January 2018 and she enjoy watching students discover and learn new things every day. Ms. Alessandra has also taught in the Nido Infant Class and also has taught Spanish in the afternoon Primary Classes. 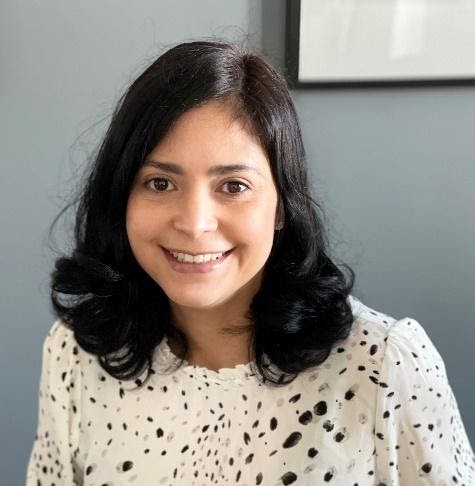 Ana Maria now lives in Naperville with her husband and two teenage daughters. She has many hobbies, most of which include spending time in our gorgeous surroundings with her two 1-year-old puppies Bow & Ozzie. Ana Maria also loves to bake, ride her bike, read and watch romantic movies. One interesting fact about her family is that they also lived in Brazil for almost three years; they speak Spanish at home and could have a conversation in Portuguese. Ana María was excited to join CDBM in April 2021 and share the opportunity to support the children in their learning journey. Her goal is to guide them to become a citizen with moral and civil values worthy of making a significant difference in our world. 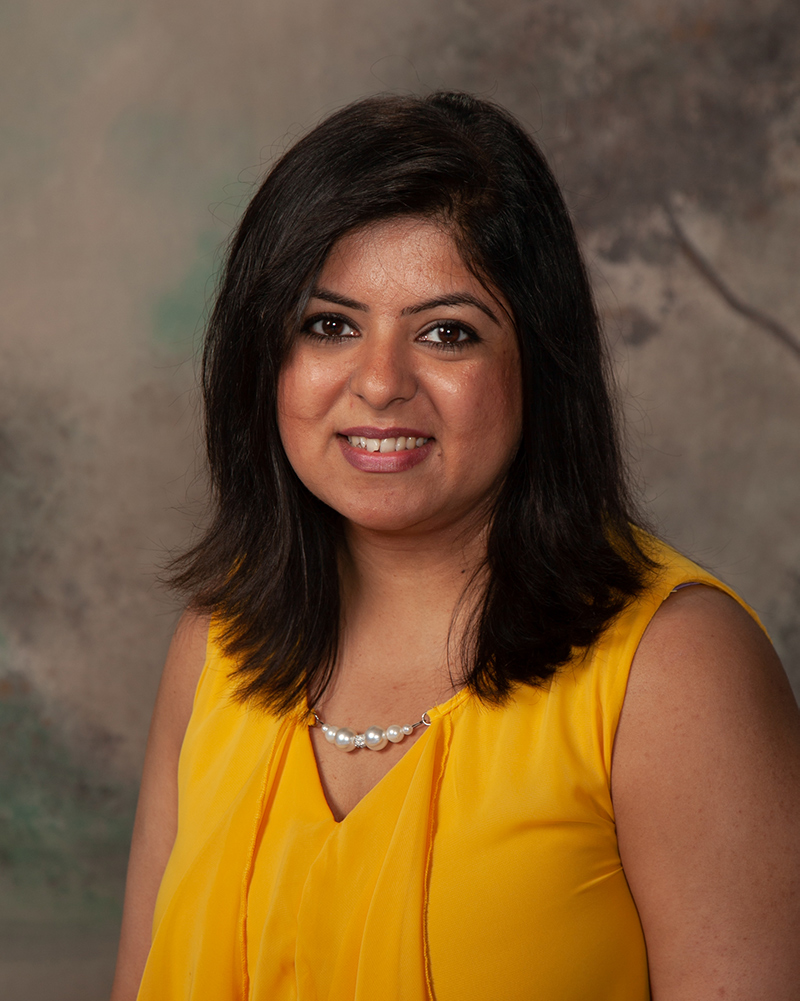 Anila Ali has been married since 2007 and she has 2 children, a boy and a girl. She has been working in the field of Early Childhood for 9 years. She received her Associate’s Degree in Child Development in 2013. She is currently working on her Bachelor’s Degree in Early Childhood Education Leadership – Child Development Specialization from Rasmussen College. Although her previous years of experience was in traditional teaching, her passion has always been to learn Montessori philosophy. Therefore, she completed her Montessori training in 2016 and received her Montessori 3-6 Credential with American Montessori Society (AMS) in 2017. 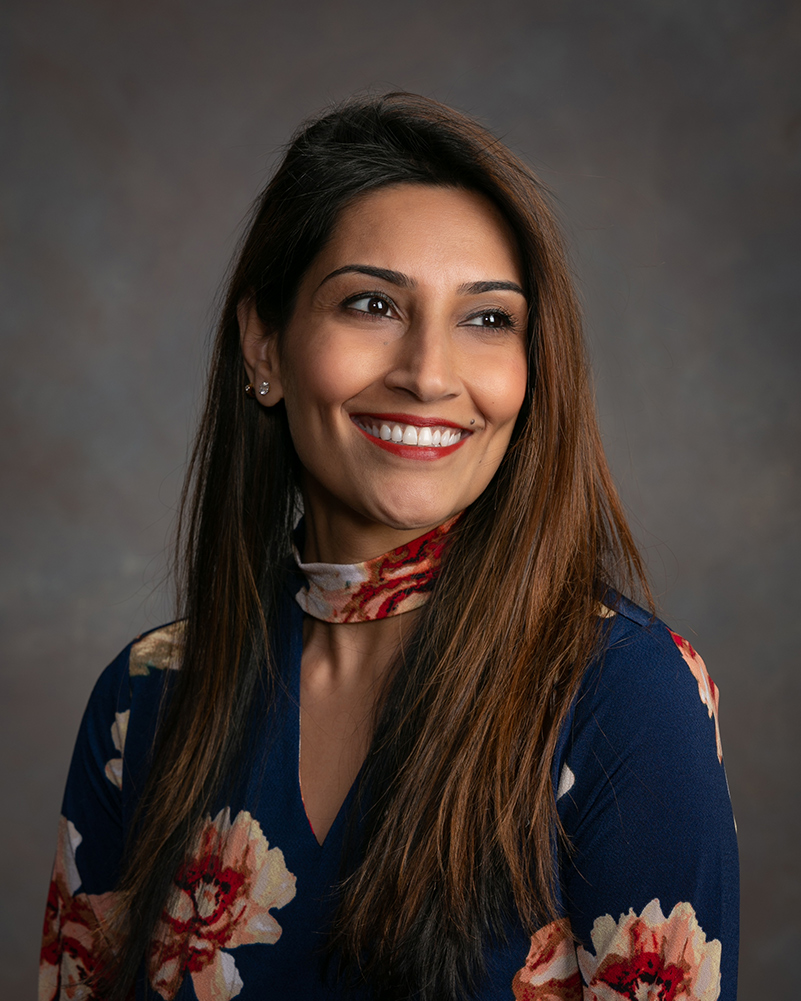 Anmol Nijhawan is a Teacher at CDBM Aurora Campus in the Nido Infant Class. She grew up in Calcutta, India where she completed her Bachelor’s in Commerce from the University Of Calcutta in 1997. She has been in the USA since 1997 and she received her Early Childhood Education and Care certificate from the College of Dupage in 2003. She has worked in various preschool teaching roles since 2001. Her family comprises of her husband, her daughter, and a son. In addition, has has an adorable Cavapoo puppy who really is the master of the house. Ms Anmol is a very outgoing person who enjoys meeting new people and travelling around the world with family. She is most passionate about helping children learn and grow. She gets very excited when children are able to achieve goals of her curriculum.

Ms. Anmol has been working in the Nido Class since October 2019. 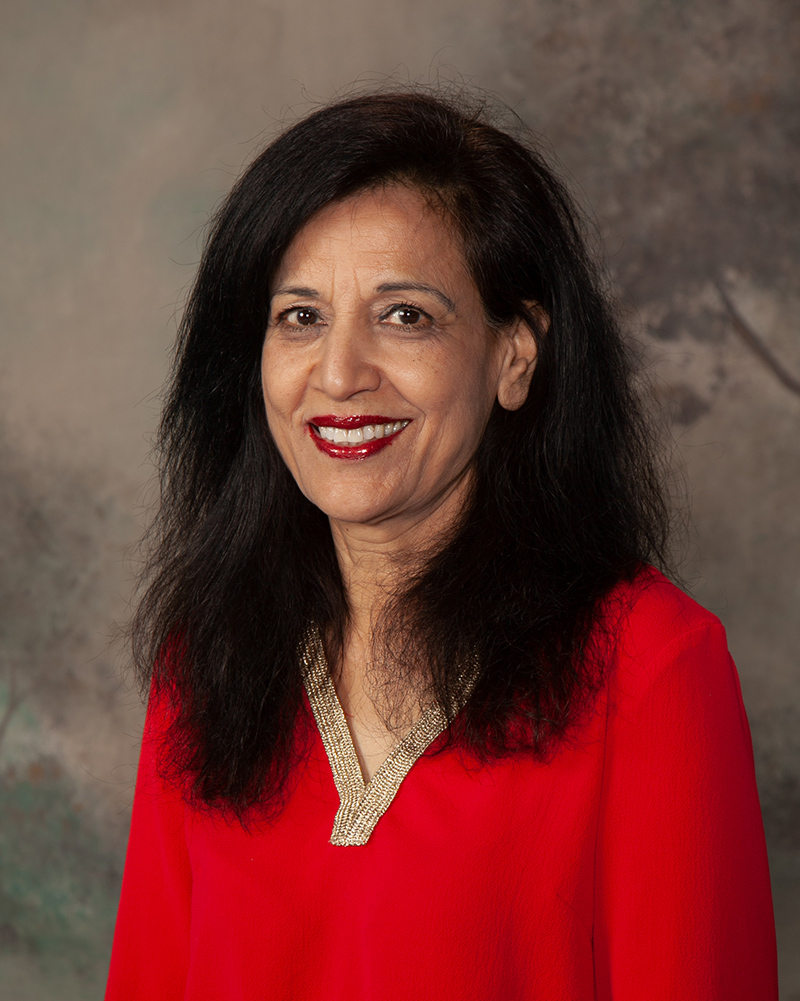 Ms. Neelam Walia is a highly qualified Montessori teacher with more than 20 years of experience. She grew up in New Delhi, India where she attended New Delhi University and received a Bachelor’s and a Master’s degree in political science. She obtained a preschool and kindergarten certification through North American Montessori Center in 2006 and an Early Childhood certification through American Montessori School in 2009. She has taught in several schools in the Naperville area and is highly praised by both her colleagues and her students’ parents. She has two sons who both attended Northwestern University for their undergraduate education. Her oldest son has completed medical school training and her youngest son completed dental school.  Neelam joined the Casa Dei Bambini family in 2017 and looks forward to continuing to serve the local community. 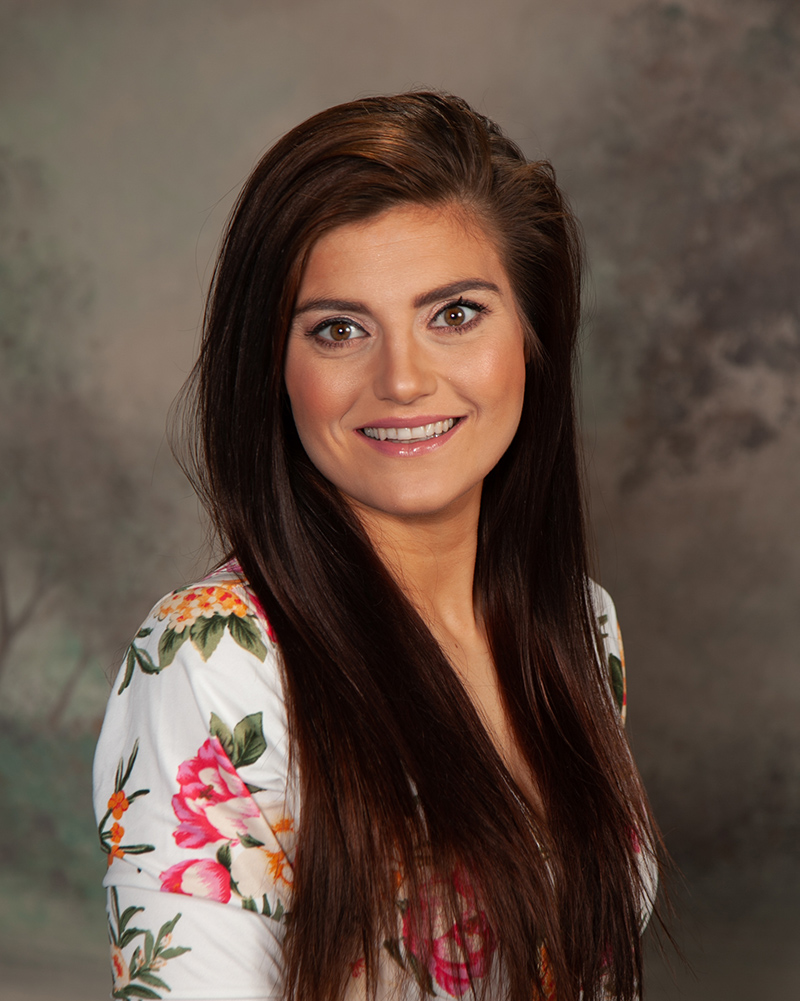 Ms. Rachelle Kates is the Music Teacher at CDBM Aurora. She lives in Naperville Illinois with her wonderful husband and son. She has over 20 years of experience in music. Rachelle attended College of Dupage for a degree in Fine Art. She then aggressively pursued a career in Musical Theatre; Most recently and notably starring as Mary in Mary Poppins, Maria in The Sound of Music, Christine in Phantom of the Opera, Truly Scrumptious in Chitty Chitty Bang Bang, and Belle in Beauty and the Beast.

Working with children and watching them be inspired and overcome with a love for music became her greatest passion. Seeing a child light up in her classroom is more important to her now then her being lit up on stage. After discovering this newfound passion, Ms. Rachelle plans to continue her education and receive her degree in Early Childhood Education. She is so excited to explore and make beautiful music with your children. Ms Rachelle also assists in the aftercare program. 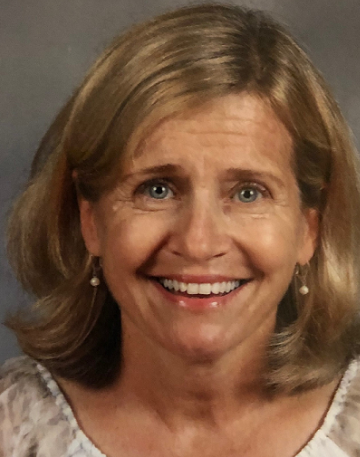 Rose Baranyk was born and raised in Chicago. She earned a BS degree from Loyola University and worked as a registered dietitian for many years. She and her husband moved to Naperville in 2004 and raised two daughters. While raising her children, she spent many hours volunteering in the classrooms and chairing fundraising activities for the schools. Rose’s love of helping children learn and grow is what led to her current role as a teaching assistant in a District 204 middle school for the past five years. In her free time, Rose enjoys reading, yoga, and visiting her daughters at college to see them perform in the marching band and choral/band music programs.

Ms. Rose happily joined our school family as an Aftercare Teacher in November 2019. 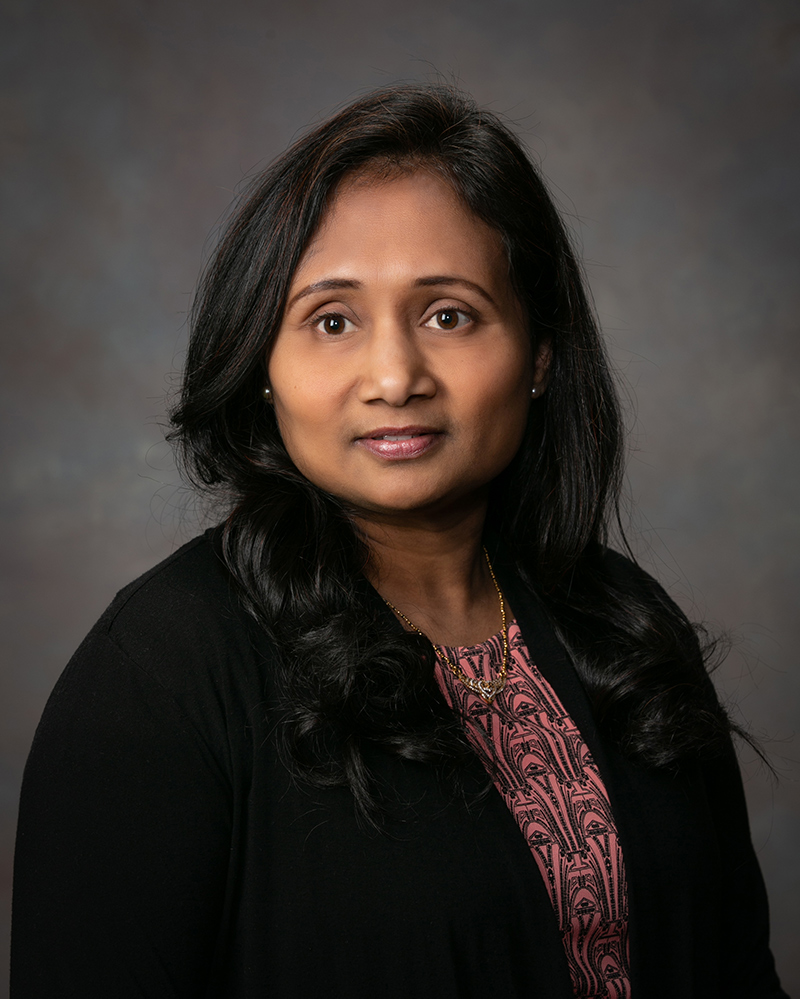 Sailaja Sappa has a Master’s in International Montessori education from India. Teaching in Montessori education is her passion. She worked with children, between ages from 2 to 6 using Montessori methodology. She is both Teacher qualified and Director qualified. She has Montessori teaching experience in both India and the USA. She worked in Greenwood Montessori, Bangalore India for 4 years. She has also worked at Arlington Montessori, Arlington Heights, IL as a teacher for 3 years. Sailaja does voluntary work to teach Indian language (Telugu) for small children on Saturday’s at local church in Aurora area. She is a proud mother of Surya, whom is a Biology major at Loyola University and Chandra, whom is a Finance major at University of Illinois (UIC) at Chicago. 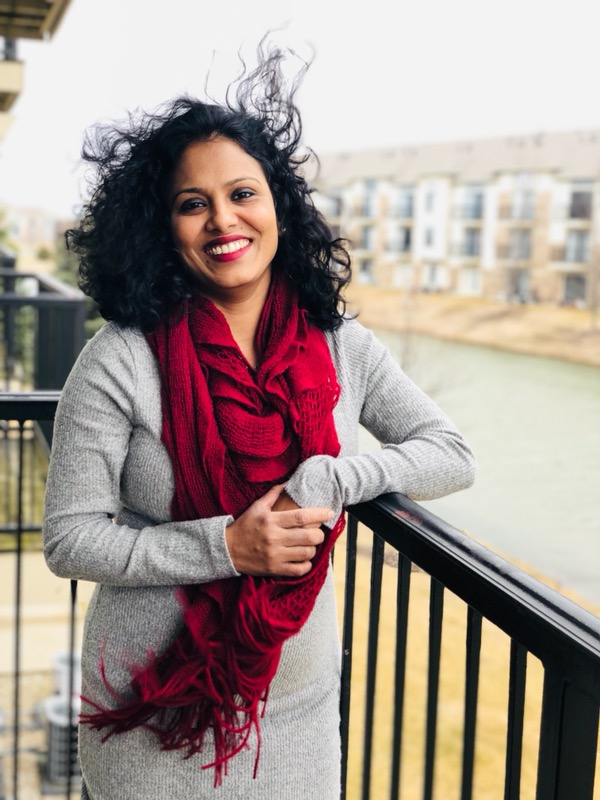 Sathya is a Teacher in the Transitional Toddler class. She is a mother of two beautiful boys and they live in Aurora.  She has her post graduate degree in Business Management. She is currently working towards her Early Childhood program at C.O.D.

She has been working with preschoolers since 2012 and she has 5 years of experience in Montessori teaching and has worked at other local Montessori schools. Her passion is teaching, inspiring, and challenging children to love learning. She considers herself a life-long learner. Her hobbies enjoy spending time with her family and music.
She is very happy to join the Casa School Family in January 2020 and her youngest son also attends school at CDBM. 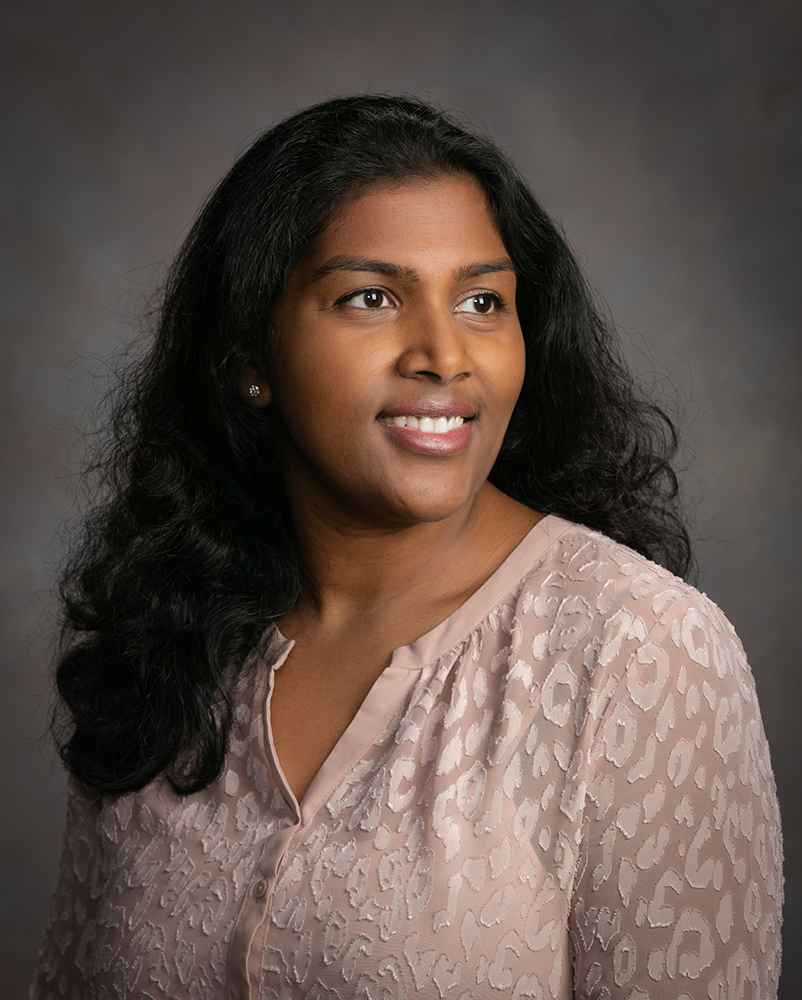 Swetha Vangala is a Teacher in the Toddler class at CDBM and joined our school family in December 2018. She completed her Engineering Degree in 2012. Her childhood and formal education occured in India. She currently lives with her husband in Aurora with two lovely children, a boy and a girl. Ms Swetha completed the Paraprofessional certification from Seton Montessori in 2018. She enjoys every aspect of teaching and this philosophy is her favorite. She is very proud and happy to be a teacher and to be given the opportunity to take care of little ones and watch them grow.